Good day. I hope your weekend is going well. A few years ago, when I taught English, I had the opportunity to teach Hamlet. The line,

There are more things in heaven and earth, Horatio,
Than are dreamt of in your philosophy.
– Hamlet (1.5.167-8), Hamlet to Horatio

stuck with me and to this day, continues to astound me. Last June, I was invited to join a weekly blog group and had the opportunity to meet and share my writing efforts with several phenomenal authors I’m pleased to now call friends. Over the months, messages were exchanged, and I’ve come to “know” as in “Facebook know” Iris. Chatting was slightly problematic since she lives in Australia and I’m in Canada, but during the course of our discussions, I discovered she spent part of a year in Montreal, Quebec, which is just 100 miles from where I live. While I was a teacher, Iris works at a school, and we are both new authors.

Today, in the A to Z Challenge, we give the stage to the letter T. T can stand for many things: talking, torment, twins–any one of which I could’ve blogged about, but instead I chose to write about two. Two what? you ask. Two books with the same title, written months apart by two authors who didn’t even know one another at the time the books were written.

The two books in question are both titled, Echoes of the Past, and the authors are myself and  Iris Blobel. That’s right. A Canadian author and an Aussie one–how much farther apart can you get? The world really has shrunk!

So, let’s look at the books. Here is

ECHOES OF THE PAST by Iris Blobel. It’s part of her Fermosa Bay Series, Book #1. The contemporary romance was released February 16, 2016.

When her childhood friend, Connor Walsh, returns home to see his ailing father, Emily is elated to be reunited with the handsome man who moved to London so many years ago. But excitement fades to disappointment when he doesn’t remember her—or their first kiss. With her crush on Connor still in full swing, she’s determined to enjoy the short time he’s in Fermosa Bay, even though she knows her heart will break when he returns to his life in London.

When Connor receives news that his biological father is terminally ill, he returns to Fermosa Bay, Australia.

With memories of his childhood tucked fondly in the back of his mind, returning to the small, coastal town leaves him to wonder how life would have been if his mother had never taken him away. Would he have been married and had children? Perhaps with Emily Bradshaw…

Secrets from long ago begin to unfold…

As Connor and his father grow closer, Connor learns his parents have a broken love story of their own. Will the echoes of the past lure him into staying, maybe for good? Or will he relive his parents’ tragic story and flee to London?

Walking away from a real chance at true love…

Now, let’s look at my ECHOES OF THE PAST. It isn’t part of a series and was released originally in June 2014 and re-released in Spetember 2015. Strangely, it too deals with reunited lovers who don’t recognize one another, but it’s based on a Mohawk myth. This is a paranomal/romance/suspense novel. 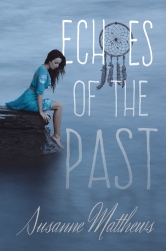 Born Mohawk, raised white, forensic pathologist, Michelle Thomas is trapped between two worlds—this one and the spirit world where the ghosts of those who’ve drowned speak to her. Haunted by crippling nightmares of her own drowning death and erotic dreams of a phantom lover, she strives to make sense of her life. When two suspicious deaths occur at the Lake of the Mountain Resort, she’s sent to investigate. She’ll face the greatest challenge of her career when her past and her present collide. One of these men is her future, but which one—the rich and powerful Mayor Ron Davies, or Tony Steele, the hydrology professor who may be responsible for his students’ deaths? Charged by the spirits of her Mohawk ancestors to atone for her previous sins by protecting Lake of the Gods, can Michelle solve the murders, save the sacred waters, and fulfill her destiny?

Have you noted the water on each cover? Two books, same title, some similarities, many differences. Checking with Amazon, I found that a search for Echoes of the Past yields 1778 entries! I guess great minds do think alike.

Iris Blobel was born and raised in Germany and only immigrated to Australia in the late 1990s. Having had the travel bug most of her life, Iris spent quite some time living in Scotland, London as well as Canada where she met her husband. Her love for putting her stories onto paper has only emerged recently, but now her laptop is a constant companion.

Iris resides west of Melbourne with her husband and her two beautiful daughters.

Next to her job at a private school, she also presents a German Program at the local Community Radio. 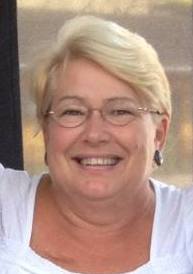 Amazon bestselling author Susanne Matthews was born and raised in Cornwall, Ontario, Canada. She is of French-Canadian descent. She’s always been an avid reader of all types of books, but with a penchant for happily ever after romances. A retired educator, Susanne spends her time writing and creating adventures for her readers. She loves the ins and outs of romance, and the complex journey it takes to get from the first word to the last period of a novel. As she writes, her characters take on a life of their own, and she shares their fears and agonies on the road to self-discovery and love.

When she isn’t writing, she’s reading, or traveling to interesting places she can use as settings in her future books. In summer she enjoys camping with her grandchildren and attending various outdoor concerts and fairs. In winter, she likes to cuddle by the fire and watch television.

Now, please hop over to the A to Z Challenge List to check out other incredible blogs. 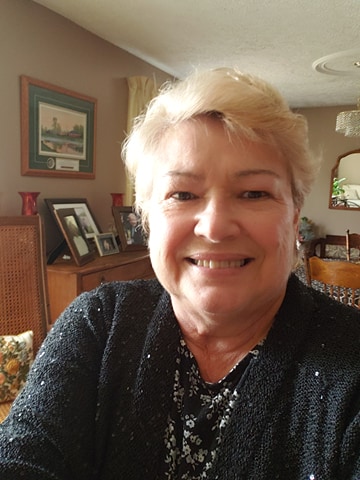 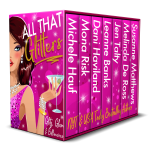